Guide to Albany's Capital Region
Enter Giveaways Advertise
Note: Albany.com is not responsible for posts and comments written by non-staff members.
Home  »  Uncategorized  »  A Mystery Wrapped in a Riddle Inside an Enigma…But I Call Him Dad

To say my father marches to the beat of a different drummer is an understatement. My Dad is a character. He is unlike anyone else and his capacity is mammoth. By this I mean that he holds within him the power to do more good than anyone I have ever met…and more damage. He could easily be in the next Disney movie because deep inside my Dad is the rarest of hearts for he feels every pain, every ache, all of the sadness that the world carries. Inside the beat of his heart is a truth so deep that most of us will never even begin to feel or comprehend the cross that he must bare every day. His empathy has been the burden that he has carried as if it would somehow set him free from the grief of a reality he knows deeper than I will ever try to see.

Yet with this sensitive heart, he had become the bearer of much fear and it is my belief that during times in my childhood, though his love was immense, it was his fear that lead him, and so I have been raised with great love, and immeasurable fear. I could tell you two different tales from each perspective and one would make you envy my every breath while the other would leave you breathless with compassion for my upbringing. Both would be entirely true. I reflect with many emotions on my childhood and all of them with such a burning intensity that I see my childhood as a volcano. It erupted, lava spilled out, damage was done, it was awesome and horrific, but as the years have passed, its dangers have subsided and what is left is something rare and beautiful.

In my teenage years my father was diagnosed with schizoaffective bipolar disorder and was hospitalized and treated with electric shock therapy. It was a devastating time for our entire family and returned to us was a man who no longer could hurt us, but he could not love us either. He was empty. It broke me into a million pieces to see something so beautiful reduced to nothingness. I missed my father and I prayed with all my heart that God would bring him back to me, that one day his love would win over his fear, that the pain he had caused could somehow disappear long enough that the world could see the good that ran through his veins. 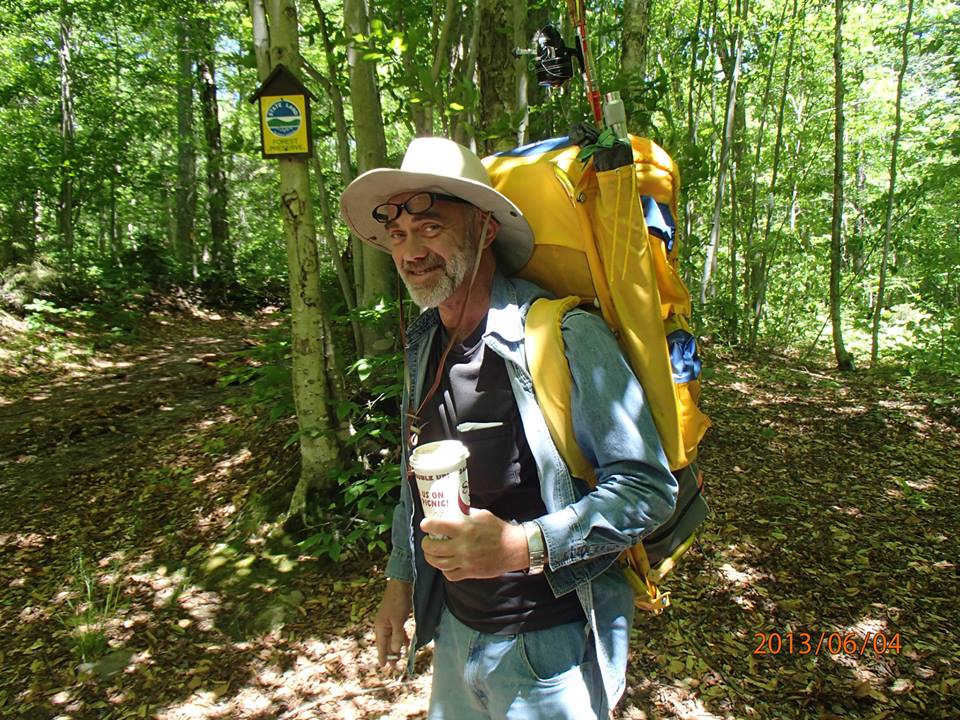 A few years later my parents divorced. I was in my early 20’s and it was an ugly and heart-crushing divorce. It was necessary. My father was killing my mother. She lived for him, and he (as we had known him) was dying. I still don’t understand how my father, as the person I would like to think of him as, hurt my mother so much on the way out, but I have put that on the pile of things I’ve learned to just let go of. At this time, my Dad began dating my friend. You’ve seen it in all your favorite television shows and I got to live it. My Dad was dating my friend, who was also my supervisor from work. She was only a few years older than me, and needless to say, myself and my six siblings were none too happy to see our mother devastated as our Dad began a new life with his daughter’s friend.

The years would prove that this was not just a midlife crisis and that they, in fact,
had shared something beautiful that brought them both through a challenging time, but those would be grueling years where relationships fell apart, hearts turned to ice, and people moved on.

During this time, my Father had shut us all out completely. Mostly because we had all turned against him to support our mother in court as they battled over belongings, and watched 25 years turn into a single judgment that neither were happy with. It was a horrible time. As a parent, and a wife, I can now appreciate their pain on a deeper level, but as a child, I will forever wish they had found a way to leave each other without ripping me in half. Something died in me as my parents divorced. It was a hope that the world could ever sing a song together. I realized a harsh reality – some things can never be fixed. My parents tried harder than anyone I have ever known, but they – as one – could not be saved. I believe they still love each other because I believe they once loved each other, and I don’t believe that love can die. I believe that love lives on in the seven children that they created. 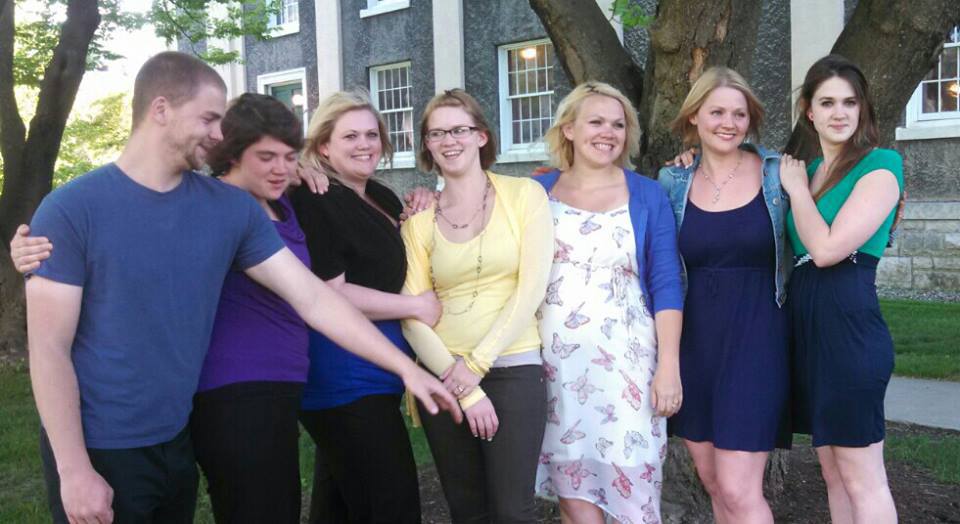 Years after my parents had divorced, and my father and I had begun to restore a trust that we both had broken, we had decided to spend the day together aimlessly driving around and talking about whatever might pop in our heads. That morning we stopped at a local Stewart’s to fuel up on coffee and my father explained he wasn’t feeling well and asked me to drive. Another 15 minutes into our trip as I chatted away telling my Dad tale after tale, he gripped his chest and with a short and painful gasp he explained “I’m having a heart attack.” It was as casual as one would ask you to pass the syrup, and that calmness was what terrified me. I have learned that my father, an animated soul prone to exaggeration, has an eerie ability to be completely calm in the most panicked of moments.

Forgive me, but the next 20 minutes are a bit of a blur. I remember pulling the car into a driveway as I saw my father lose consciousness and I grabbed his cell phone out of his shirt pocket and dialed 911. I told the operator my father had a heart attack, and I had no idea where I was. The 911 operator instructed me to look for a mailbox which I did and was able to give an address, and found the route I was on at a nearby road sign. I rang the doorbell but no one came to help. I yelled, and again it was only me. My father began to take what I would later learn are called “dying breaths”. Every so often he would violently inhale and then nothing for what felt like hours. As I watched the color leave his face, I no longer found a pulse, and he took his last breath. I was instructed by the 911 operator to perform CPR. I had reclined the seat in the car and I looked at his lifeless gray body and I wanted to tell him that he could stop now. Whatever lesson he was trying to teach me, I would promise to learn another way. My mind could not comprehend this as his final hour, this was a test, and though I had passed so many, this one I was not prepared for. I breathed in his mouth several times as instructed and I punched him in the chest. I punched him as hard as I have ever punched anything in my life. I continued to do this as I heard the sirens coming. Before I knew it, I was pulled off of my Dad, and he was ripped out of the car as they revived him using paddles. They moved him to the ambulance where his heart stopped again. They used paddles and gave him air. They were able to get a pulse.

In this moment the overwhelming feelings of what was happening hit me. I dropped to the ground in an uncontrollable lump of convulsing tears. My father was dying. His body was giving up, and he was driving away from me…and I hadn’t saved him. It wasn’t a test – it was his life – and I lost it.

A volunteer drove me to the hospital and his doctor came to the waiting room and told me that he was alive, unresponsive, and that the next 48 hours would be crucial. He informed me that I needed to call all of his family to make peace because it was uncertain. I asked if I could first see him, and I was led into a small room where monitors were beeping and my father laid, lifeless. I only thought to sing to him one of his favorite songs “Go ahead and hate your neighbor, go ahead and hate a friend. Do it in the name of heaven you can justify it in the end. There won’t be any trumpets blaring on the judgement day. In the early morning after…one tin soldier rides away.” I don’t even know if that’s how the words go, but that’s how I sang it. I held his hand and I cried, I tried to beg him to live but I couldn’t make words come out of my mouth, so I just held his hand and sobbed on his chest and my heart told his “not yet, Dad. Please. You have not made peace with the world, and there is too much hurt. Please don’t go now.”

I walked out and called my family. Children who had not spoken to him in over a year gathered at his bedside, estranged family waited together in the waiting room…the next 24 hours brought us all together to our knees in prayer for his life.

It’s eight years later, and my Father is still here. Many relationships have been mended, and he has changed in the most beautiful of ways. He found a way to let the fear go. He found a way to live with love and not worry so much about tomorrow. My Dad has always been a survivor, and when he learned that this was the only way he could be granted another day, he accepted the challenge.

My Dad is one of my best friends. He is a tortured and beautiful soul, an abyss of darkness and a beacon of light. He is a forever friend. I love you, Dad. 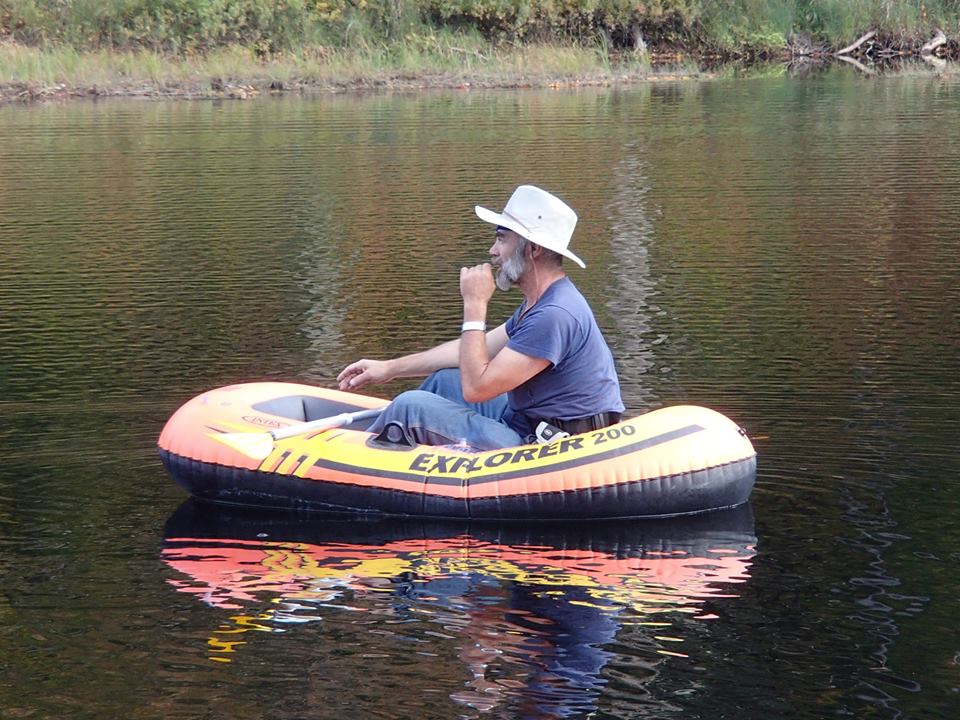