This November Albany Barn, a venue known for inspiring local artists and fostering creativity, will play host to a whole new style of performance unlike any the Capital Region has ever seen. Prepare yourselves, citizens of Albany, because Creative License is about to completely redefine everything you thought you knew about theater.

In 2013, Casey Polomaine and Aaron Holbritter sensed a need for a new kind of theater outlet, one that would encourage creative, unique ideas and would ultimately push the boundaries previously set by centuries of performing artists. The two actors, who have frequented the Capital Region’s stages as part of other theatrical ventures, founded a new theater collective, Creative License, to fill that void. “Our hope is to put artists at the center and create a more bottom-up administration than is typical for theater in this area,” Holbritter says. 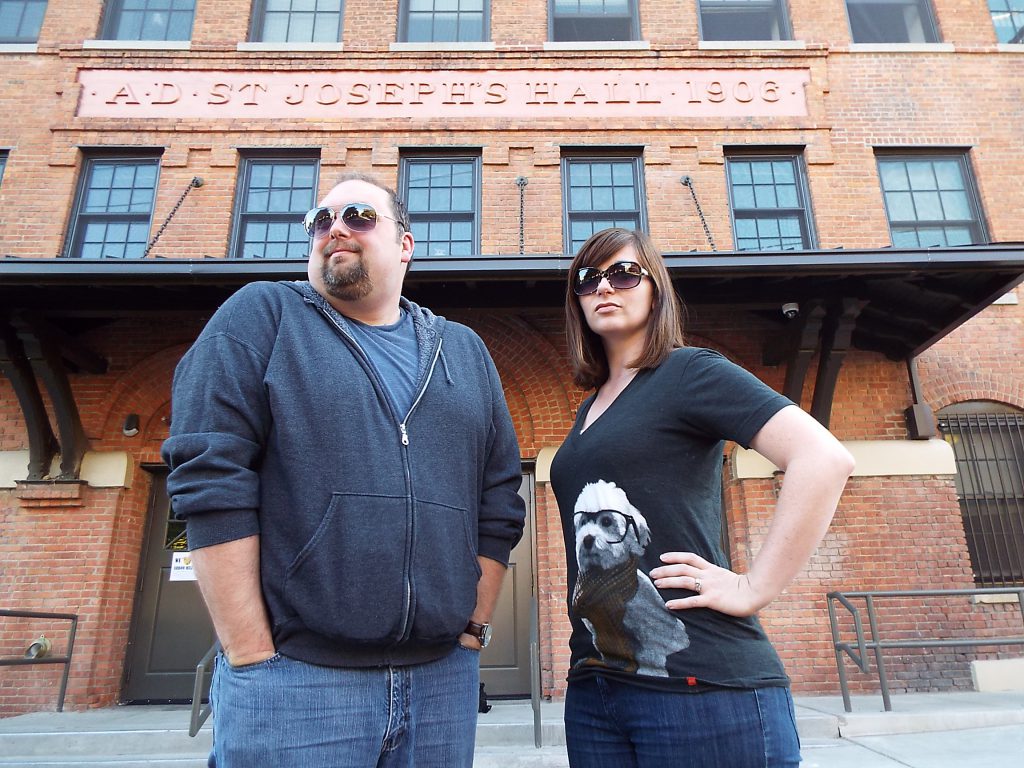 Polomaine and Holbritter have proven their commitment to edgy, riveting theater by selecting Keith Huff’s dark thriller, “A Steady Rain”, as their inaugural piece. The play is centered on the lives of two Chicago patrolmen, to be portrayed by Holbritter and Ian LaChance, that are forever changed when tragedy occurs. “A Steady Rain” debuted in Chicago in 2007, but is perhaps best known for presenting leading men Hugh Jackman and Daniel Craig in its 2009 Broadway run.

Selecting a venue can be a real headache for theater companies, but was a no-brainer for Polomaine and Holbritter. “Much like The Barn itself, Creative License was developed with a strong foundation of community and collaboration,” Holbritter says. “It is that sense of unity, that idea of community coming together to build something from the ground up in order to enrich the lives of those in and around it, that make The Barn and Creative License a perfect fit.”

Curious to see Creative License’s groundbreaking approach to theater for yourself? Check out “A Steady Rain” at The Barn, 56 Second Street in Albany. Performances are November 6-8 and 13-15 at 7:30pm. Tickets will be available on The Barn’s website as the performance dates draw nearer.